This term continues to gain in trend in recent years, where various companies with their respective brands have got down to work, DB Schenker in partnership with its supplier Man or the Spanish company, Acotral, with Scania. The platooning is based on the communication of the trucks via Wifi connection. This connection allows both sets to synchronise in a way that acts as if they were just one, the driving distance is reduced to only 10 meters, not extending to more than 20. The headland truck is the one that takes control in terms of direction, brakes and speed.

As far as its advantages are concerned, two to be highlighted: fewer emissions and greater safety. The percentage of fuel reduction is estimated between 10-15%, which has a direct impact on CO2 emissions. Concerning safety in heavy vehicles, the number of accidents could be reduced by 50%, but it estimates that the level of investment in the road fleet is in line with technology.

Its most significant disadvantage, already mentioned above, is the current infrastructure, the Spanish road is not competent enough for such a system on a large scale. For instance, think quickly of the platooning route of Munich-Nuremberg; the A9 is ''fully ready'' to operate this technology, but when we ask the same question and we give a though about the current status of several sections of the A7 in Spain, we see too far in the horizon this tech being applied at home. 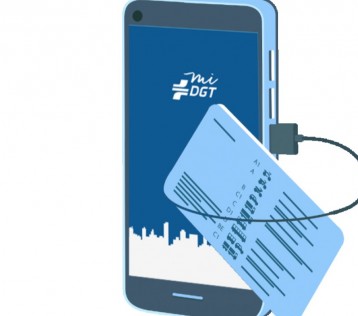 The application allows any driver or vehicle owner the possibility of carrying both the driving license and other vehicle documentation on the mobile, as well as make some administ...