We can help you with the storage, transport and preservation of avocado and all kinds of tropical fruits. The avocado is a tropical fruit that belongs to the lauraceae family, its origin and provenance is located in Central America. The origin of its etymology comes from the Aztec culture, ahuacatl. We are talking about a fruit that is widely known worldwide, probably one of the most mainstream fruits of the moment, its consumption continues to grow and we would probably venture to say that it is the fruit with the greatest marketing investment at present.

Origin and varieties of the avocado

The avocado was known by the Spanish colonists in the 15th century as the pear of the Indies. The first technical description of the avocado corresponded to Francisco Hernández in his ”Historia de las plantas de la Nueva España”, thanks to his exploration during the years 1571-1576. We have already mentioned that its origin is Central America, focusing on the areas of Mexico, Guatemala and the Antilles. It should also be mentioned that already in pre-Columbian times this fruit was cultivated in different regions of Peru. The Spanish imported the avocado at the beginning of the 17th century, there is information about the tree in the Botanical Garden of Valencia and some plantations in the famous Axarquia valley around the end of the 18th century.

In the first quarter of the 20th century the avocado began to be planted in Malaga, the Estación de Agricultura Meridional, where in its initial project there is talk of the introduction of exotic fruit trees. It was in the town of Torrox that an initial avocado seedbed was established in the 1930s. Malaga has been growing avocados for more than half a century now, a fruit that is in constant demand in Europe and whose oil has such a high content of monounsaturated fatty acids that it is comparable to olive oil in terms of nutritional quality.

There are dozens of varieties of avocado, and we will introduce you to all those that are best known, although if we had to highlight one, it would be the Hass. Below, we present those that we consider to be the most commercialised: 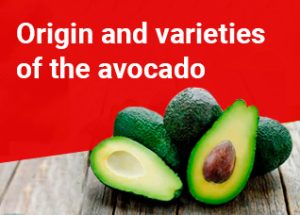 There are a multitude of other varieties, we have named the most relevant ones, but we have left out others such as the avocado; Gwen, Ettinger, Pinkerton, Oro negro, Bernecker, Brogdon, Zutano, etc.

Season and harvesting of the avocado for later storage in Spain

The avocado has become a fruit that is no longer in season in Spain, it is available all year round, especially thanks to the region of Malaga with its Axarquia valley, which has the perfect climate for the cultivation of this berry.

Spain is clearly the largest producer of avocado in the whole of the old continent, even though we do not produce enough to satisfy all the demand, Europe is a clear importer of avocado, having the port areas as real consolidation and distribution centres.

As far as avocado harvesting in Spain is concerned, there are various post-harvest problems:

In the following, we will explain a series of key measures for the cold storage of avocado.

Storage of avocado for distribution

Refrigeration is the technique used with maximum efficiency in the conservation of avocados. The most recommended storage conditions are between 4 and 7 ºC and 85% relative humidity. However, everything depends on the state of the avocado; for green-ripe fruits, temperatures of 5-13ºC are used. For eating-ripe avocados, the optimum temperature is 2-4ºC, always lower than normal conditions so that the product does not ripen.

Avocados are a delicate fruit, although under these conditions avocados can be preserved for 28 days, hence the technique of preservation at very low temperatures may lead to problems of softening of the fruit and cold damage, especially due to low temperatures. To alleviate these problems in cases of long storage, they can be stored in a controlled atmosphere, whose optimum conditions are 2% oxygen, 10% carbon dioxide and 7.2ºC temperature.

The importance of a logistic warehouse for the conservation of avocados is key. This berry, one of the most consumed in the world at the moment, to know its worldwide fame, you only have to watch the advertisement in the superbowl in the United States.

It is true that we do not have the importance of countries such as Holland, but the growth in traffic in the ports of Algeciras, Malaga and Valencia is making us gain a lot of prominence, where the conservation of avocado in cold storage is gaining in importance in order to hold the product, and to be able to obtain the desired market share.

Avocado transport in Spain and the rest of Europe

Avocado is becoming a fruit worldwide-traded whose main export destinations for Spanish avocados are usually the:

The ideal temperature for the transport of lemons is between 4-8ºC continuously, with a relative humidity between 80-90%. The avocado is usually transported in a black cardboard box or in a plastic box of the IFCO or Europool type. In retail, it is usually sold in bulk rather than in a net bag.

We have seen that temperature-controlled storage is key, but this work will mean nothing if we do not carry out optimum refrigerated goods transport. Antonio Marco is clear that its logistics in Alicante is more than prepared to carry out this task, thanks to its logistics centre located in Alicante. Antonio Marco is a company that can carry out the following activities: transport, storage and conservation of avocados.