Antonio Marco is an international citrus fruit transport company specialising in temperature-controlled distribution. The main origins for the transport of citrus fruits from Spain are: Tarragona, Castellon, Valencia, Alicante, Murcia, Murcia, Almeria, Cordoba, Seville and Huelva as the most relevant.

Citrus is a family of fruits that includes a wide variety of fruit trees such as oranges, lemons, grapefruit and mandarins, among others. Coming from subtropical regions, citrus fruits have a very low resistance to cold (between 3-5ºC below zero the plant dies). During the coldest months, citrus fruits present a period of quiescence, a resting state characterised by the inability of the plant to grow, although its vital functions are still active. This process leads to the stimulation of the branches that flower in spring.

Citrus – Which are the fruit trees of the citrus family in Spain?

The main citrus fruits produced in our country include oranges, lemons and grapefruit. But, without a doubt, the star product of the Spanish citrus offer is the mandarin/clementine (remember that the clementine comes from a cross between the orange and the mandarin), which occupies the second place in world production, only surpassed by China.

Citrus fruits are usually found in the same areas, but depending on their typology, this varies. The citrus growing area for oranges is the region of Valencia, and for lemons, for example, the region of Murcia. 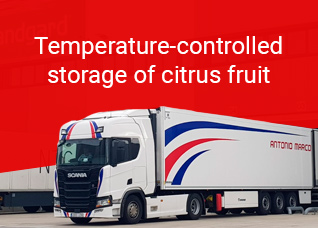 In case you want to know what our Director says regarding the citrus market and its transport, do not hesitate to read his interview for Fruchthandel Magazin

If you want to read more about these citrus fruits, you can go to our next posts.